Iron is the most abundant transition element in Earth’s crust and an incredibly important metal to society. Although it is seemingly ubiquitous, it is very rarely pure iron metal that is being used around us and a huge amount of iron extracted from its ore is used to make many different alloys. The most common iron alloys include different forms of steel, which have a variety of properties and a great number of uses. However, pure iron is of little industrial importance due to its relative softness and low hardness.

New developments in the synthetic iron oxide pigment industry in recent years include granular forms of iron oxides and new versions of nano-sized materials, which are being used in computer disk drives and high-performance loudspeakers, and in biology and medicine, including nuclear magnetic resonance imaging. 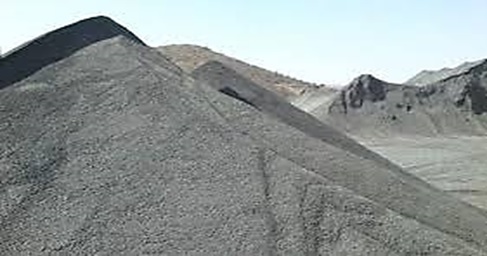 Iron (Fe) is present in most rocks of the earth’s crust. The formation paths of the different Fe oxides in soils may be elucidated by observing the Ped environmental conditions under which a certain phase or association of phases occurs in a particular soil or soil sequence. Many species of microorganisms, mainly anaerobic bacteria, are capable of reducing Fe oxides.

The degree of crystallinity is a characteristic of the Fe oxides, varying widely among different soils. One of the most important properties of the different soil Fe oxides is their surface structure and the resultant dependency of surface charge on pH, because the surface is the region of their interaction with the soil solution, and with other solid phases, plant roots, and the soil biota.

Conditions of existence in nature

Types of Iron Ores in Egypt

Locations of Iron Ores in Egypt

A- Iron deposits in East Aswan.

Iron deposits are found in more than 15 sites east of Aswan associated with the Nubian sandstone formations, which date back to the Cretaceous period.

Aswan’s iron ore is of the Oolitic sedimentary type, which consists mainly of Hematite and Goethite. The semi-proven reserves of these deposits range from 120-150 million tons. The ore was exploited from the mid-fifties until the late sixties when the extraction of ore stopped after the discovery of iron deposits in the Bahariya Oasis due to the high costs of transporting Aswan ore to the Iron and Steel Factory in Helwan.

B- Iron deposits in Bahariya oases.

Iron deposits are found in Bahariya oases in four main areas: Al-Jadida, Al-Hara, Nasser and Jabal Gharabi. These deposits consist mainly of water iron oxides known as limonite and goethite, in addition to hematite and some other additional minerals. The iron deposits are currently used to feed the Iron and Steel Factory in Helwan, where a railway was established linking the various ore sites in the Bahariya Oasis and the factory in Helwan. The production is about one million tons annually, and the percentage of iron in ore ranges from 45% to 50%, which is why concentration operations must be conducted in order to raise the percentage of iron in the ore. The reserve of ore is about 100 million tons.

These sediments are found in the central sector of the Eastern Desert, south of Quseir, near the coast of the Red Sea. Among the most important sites are Jabal al-Hadid, Wadi Karim, Walid Baha, Umm Nar, and Umm Khamis. reserves are estimated at about 40 million tons. ore is found in the form of lenses or bands of magnetite, hematite, and silica in the form of the mineral Jasper, where the thickness ranges from several centimeters to approximately five meters.