Kaolin, or China clay, is nearly white in color.  It is distinguished from other industrial clays based on its fine particle size and pure coloring.  Its ability to disperse in water makes it an ideal pigment.

The primary constituent in kaolin is the mineral kaolinite, a hydrous aluminum silicate formed by the decomposition of minerals such as feldspar.

The name kaolin derives from the Chinese and means high ridge.  High ridge is a reference to the hill in south-eastern China where the clay was originally discovered and used.  In the 7th and 8th centuries, the Chinese were the first to use kaolin to make porcelain.  It was not until centuries later that other areas of the world could duplicate the process.

Although kaolin is found throughout the world, deposits with suitable whiteness, viscosity, and other favorable characteristics are rare.  Ironically, the best deposits are not located in China.  The United States has high-quality deposits in the Southeast.  The mineral has been mined since colonial times in Georgia and South Carolina.  Other valuable deposits are located in Brazil and the United Kingdom.

It serves as a paper coating that improves appearance by contributing to brightness, smoothness, and gloss.  It also improves printability.  Additionally, it is used by the paper industry as a filler reducing cost and the use of tree-based resources.

As a valuable component in China and other tableware.  Its color, gloss, and hardness are ideal characteristics for such products.

Kaolin has a variety of other uses in products including paint, rubber, cable insulation, specialty films, and fertilizers. also, Kaolin is used in ceramics, medicine, as a food additive, toothpaste, a light diffusing material in white incandescent light bulbs, and cosmetics. Until the early 1990s, it was the active substance of anti-diarrhea medicine.

in the Kalabsha area southwest of Aswan city, Kaolin has been exploited in the regular refractories industry.  Reserve estimated in this area is about 16.5 million tons of kaolin. Ranging alumina by 29% to 35%.

Kaolin in lower quality of the Sinai Peninsula. Ranging alumina by 22% to28%. 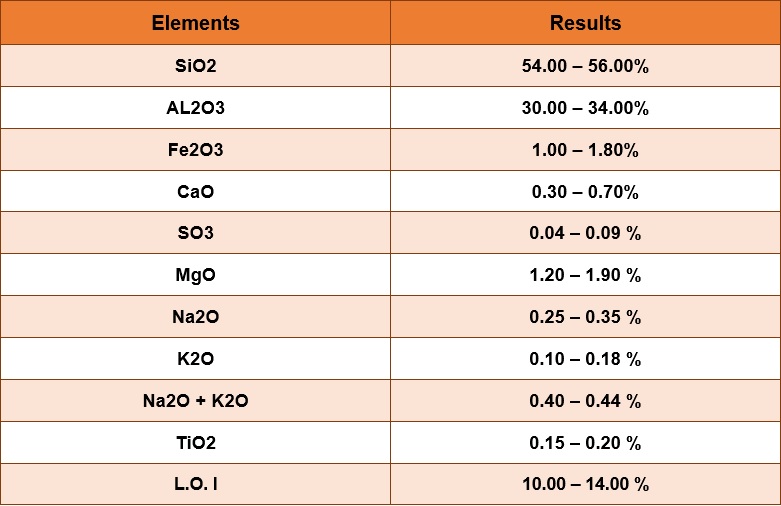 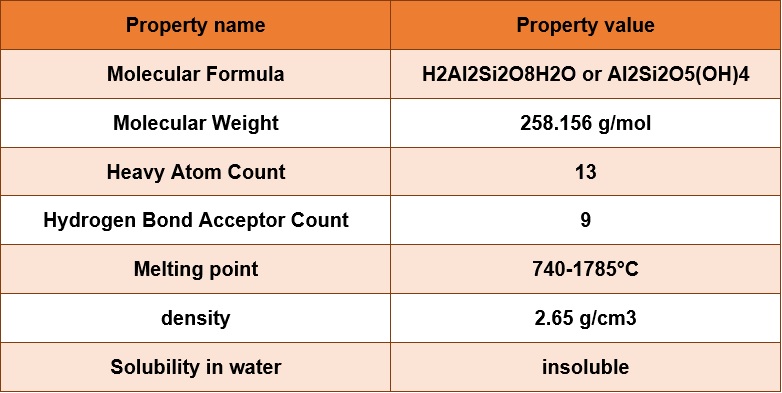